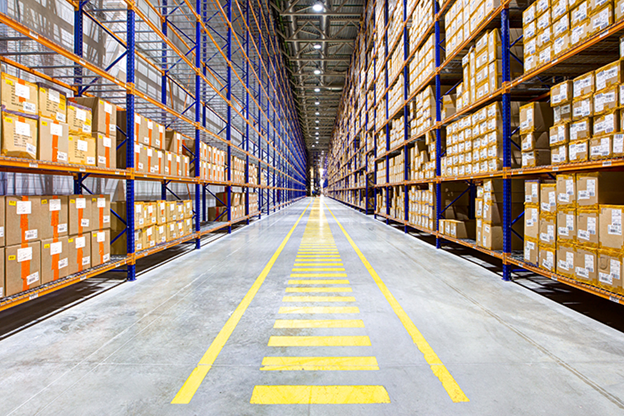 Overview
A longtime Grantek customer in the Food and Beverage industry recently asked Grantek to help them upgrade an automated storage and retrieval system (ASRS) at one of their unrefrigerated food and beverage warehouses. The project lasted approximately six months. Before this project, Grantek had worked with this customer on multiple production facility and warehouse projects.

The ASRS upgrade was required because the equipment operating system was so old that it could no longer be used with the version of SAP software the customer was implementing.  Hardware was also nearing end-of-life.

Challenges
The successful implementation of the upgrade project demonstrated to the customer that Grantek was capable of also upgrading the ASRS system, including replacing their existing customized software system with a system that meets their unique needs and data flows. Their existing software was obsolete and no longer supported, so replacing it was a more cost-effective option than trying to maintain or upgrade it.

Another system requirement was the need to interface to a SAP system. The ASRS software system in the warehouse was not able to communicate directly with SAP, requiring the use of a third-party interface between the ASRS system and the corporate SAP system. Grantek was able to streamline the process by adding new data flows and communicating directly to SAP, eliminating the need for the third-party product. The data flow was completely redone to meet the SAP EWM (Enterprise Warehouse Management) standard.

Solutions
Other than a complete software replacement, Grantek also upgraded some 30-year-old programmable logic controllers (PLC) in the system. The upgraded PLCs tied in nicely to the new ASRS software and communications to ensure faster and more reliable system communication. The PLCs were upgraded to the latest hardware. As part of that upgrade, improvements were also made to add pallet-scanning cameras that allow additional pallet tracking. Communication to the warehouse cranes was improved by upgrading to modern optical transmitters.

When the new system was ready for installation, the warehouse was shut down on a Thursday so the new equipment could be installed over a long weekend. The facility performed a slow start on Monday so to allow time for testing and commissioning. Production was throttled to allow for testing, but was back up and running full capacity by the following Wednesday.

This project required six months (including system design) and was completed on schedule.

The upgrade helped improve throughput slightly, but the primary benefit to the customer is having their ASRS software now running on the latest Microsoft® Windows platform. Pallet tracking was improved, the storage algorithms and operations were streamlined, system functionality and reporting was added, and additional alarming and historical data is now available for improved system monitoring.